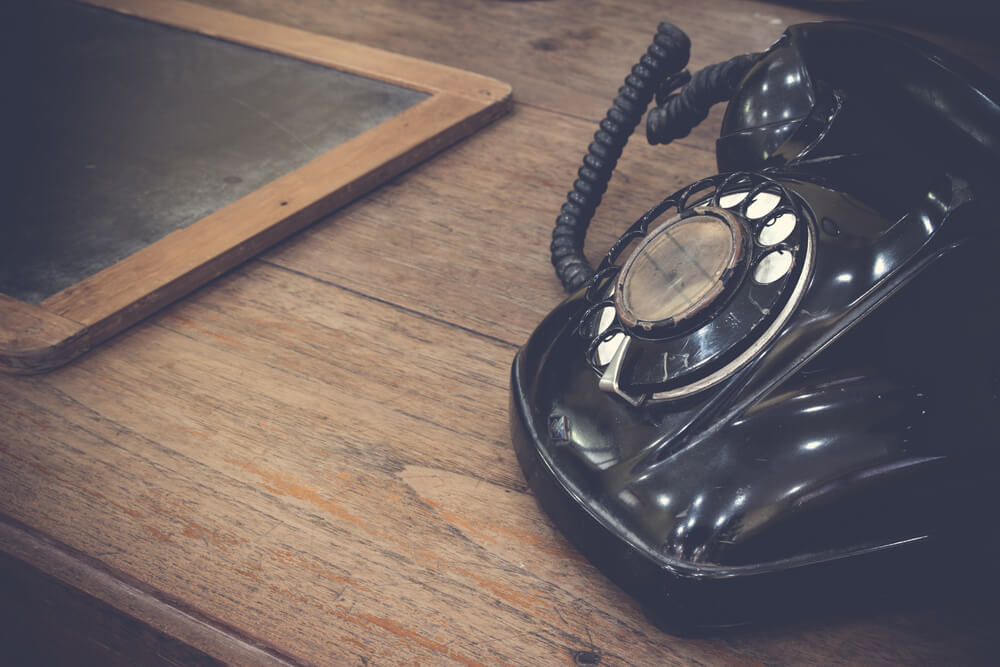 with a message signal

Steps  For Analog  To Digital  Conversion

* The signal is sampled at regular intervals such that each sample is proportional to the amplitude of the signal at that sampling instant. This technique is called “sampling”.

* For minimum distortion, the sampling rate should be more than twice the signal frequency.

Waveforms Of PAM. PWM and PPM 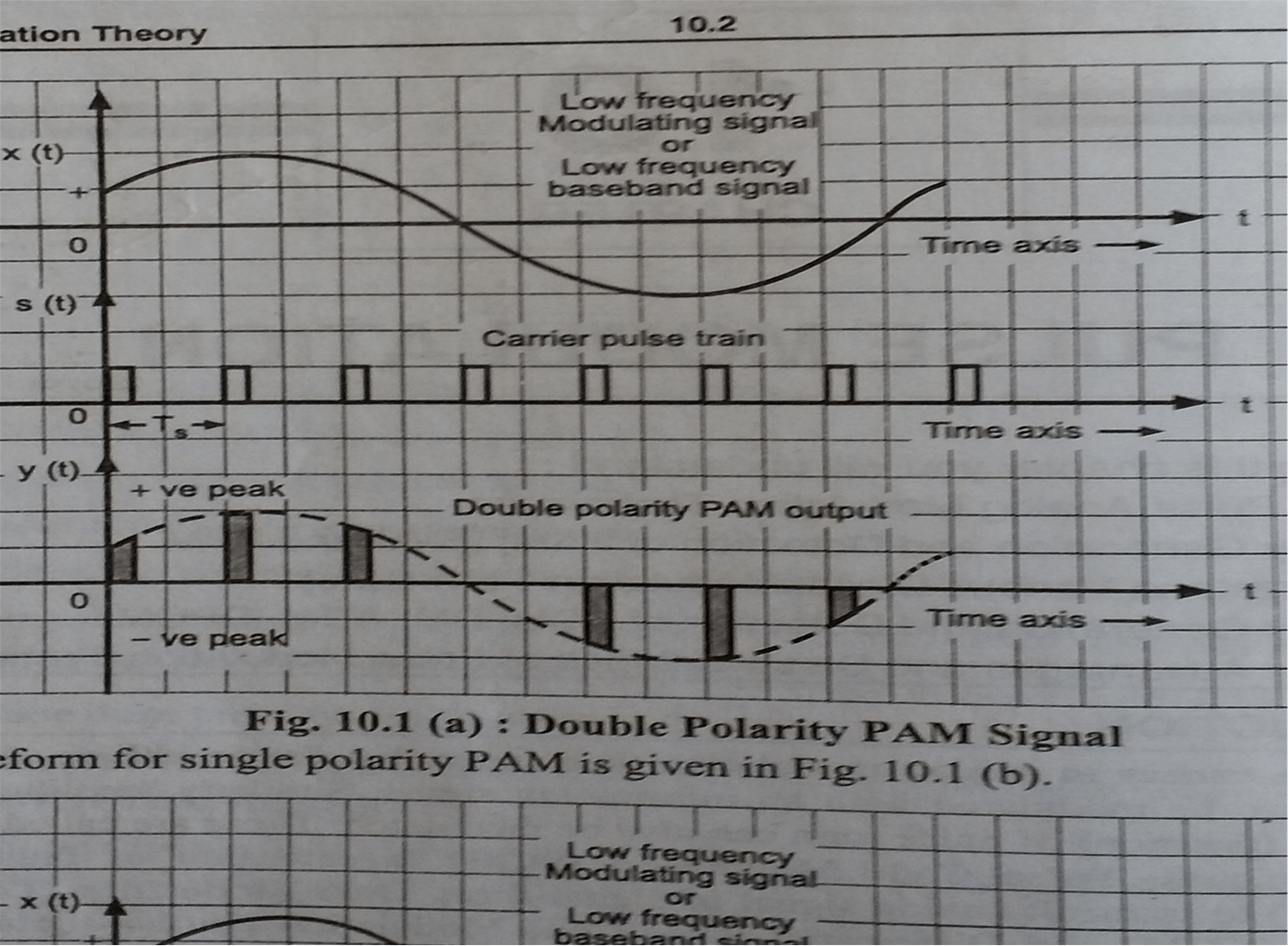 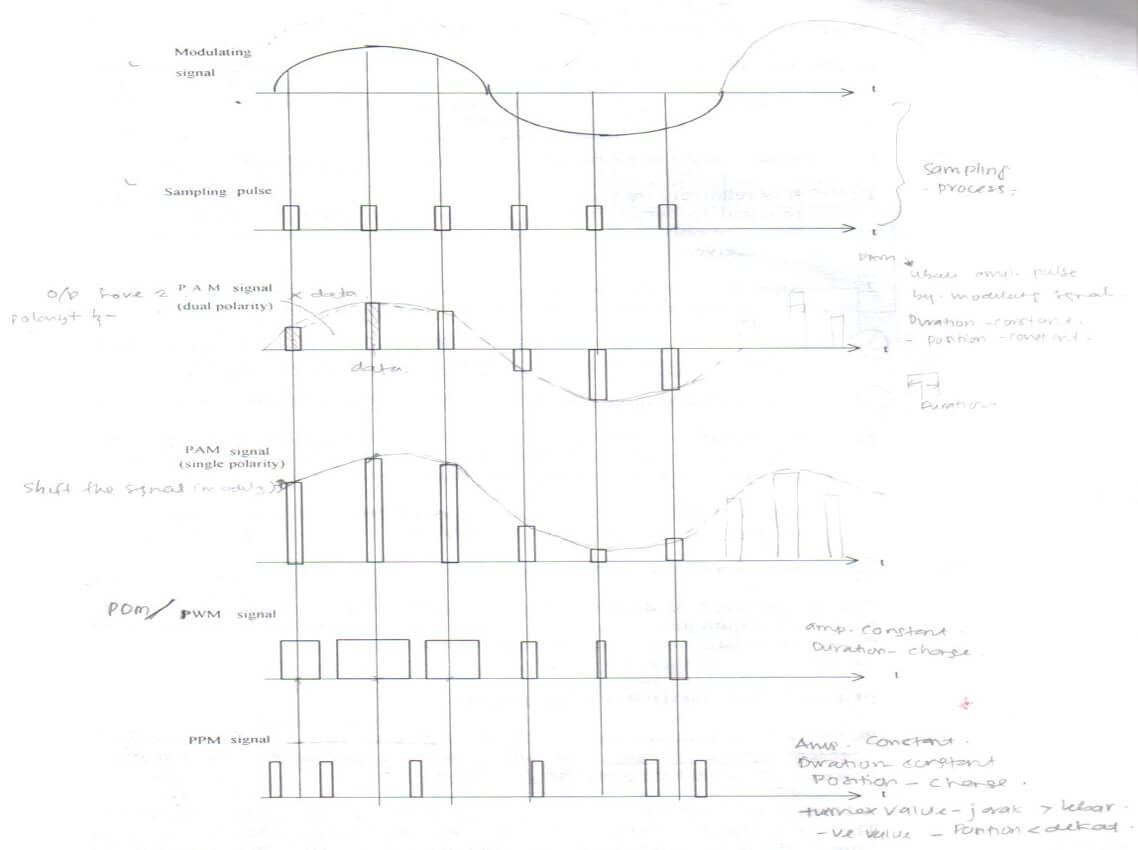 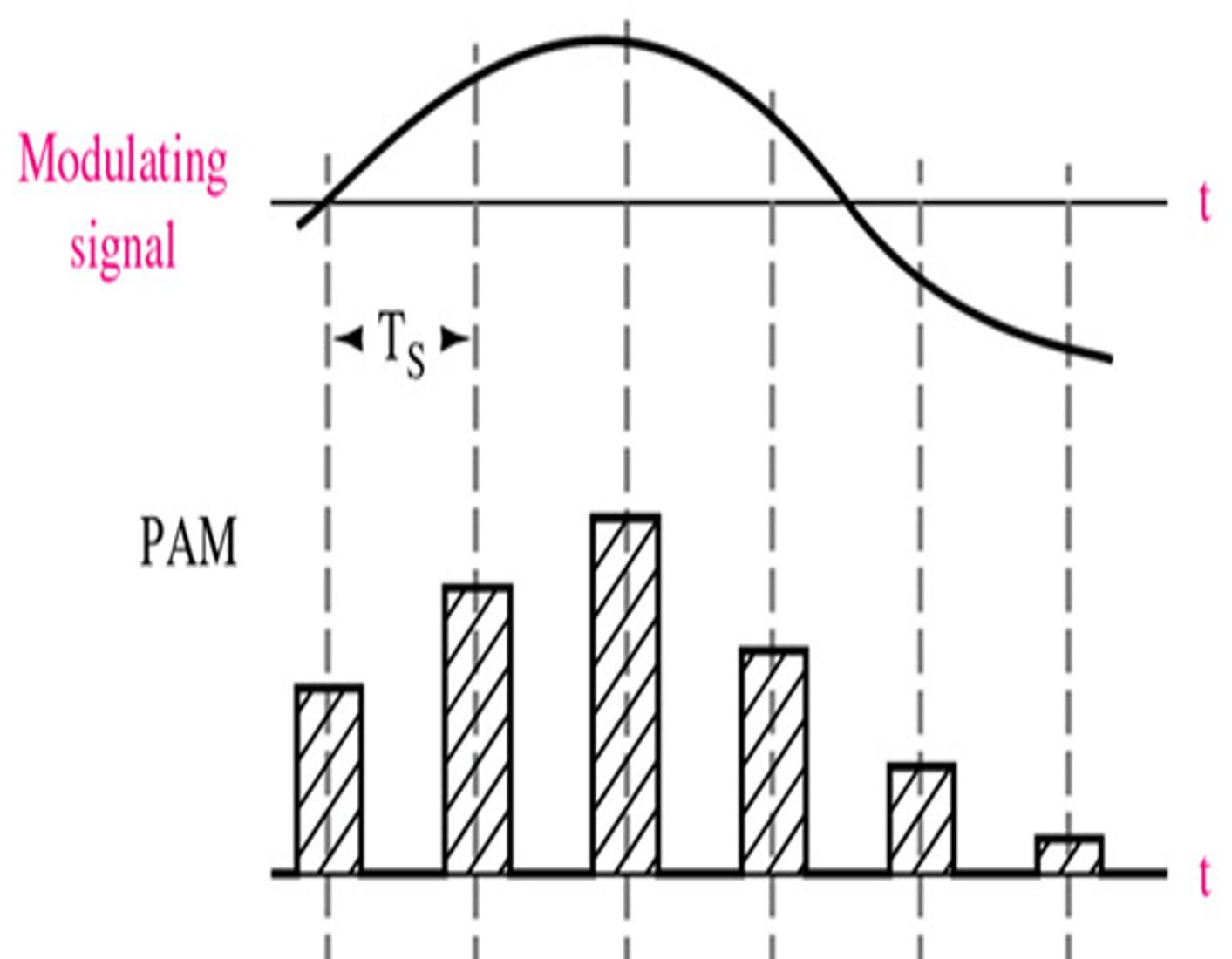 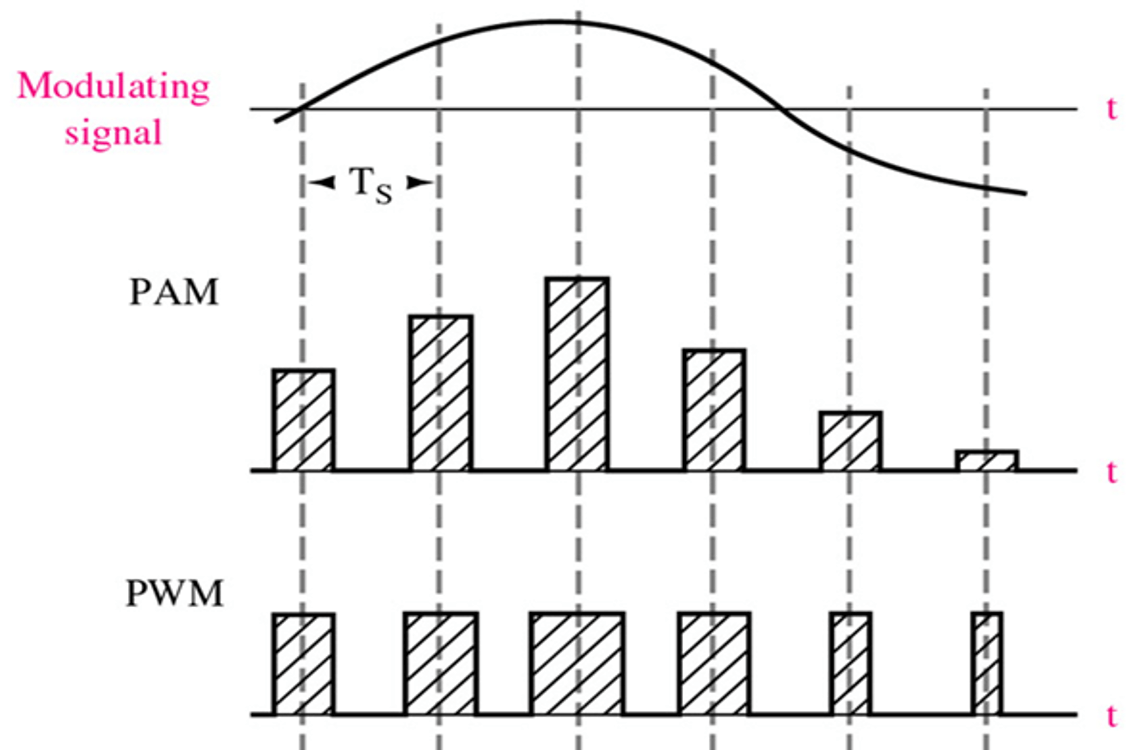 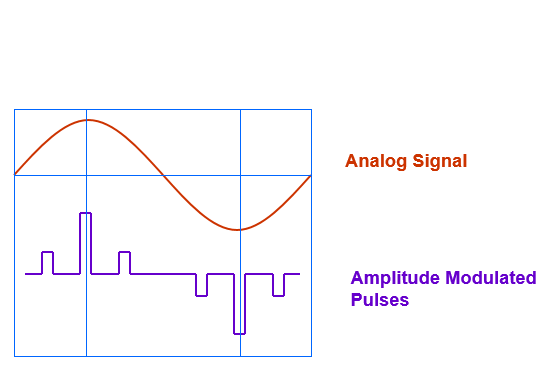 *  In this type, the amplitude is maintained constant but the duration or length or width of each pulse is varied in accordance with the instantaneous value of the analog signal.

*  In this type, the sampled waveform has fixed amplitude and width whereas the position of each pulse is varied as per the instantaneous value of the analog signal.

*  This wave can be further amended by eliminating the whole positive narrow pulses.  The remaining pulse is called clipped PPM. 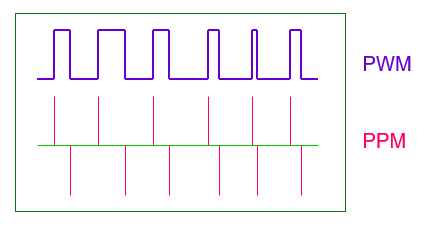 Band width of transmitting channel depends on the width of the pulse.

Relative position of pulse is proportional to amplitude of modulating signal.

The bandwidth of transmitting channel depends on the rise time of the pulse.

Width of pulse is proportional to amplitude of modulating signal.

The Bandwidth of transmitting channel depends on rise time of the pulse.

*  Analog signal is converted into digital signal by using a digital code. 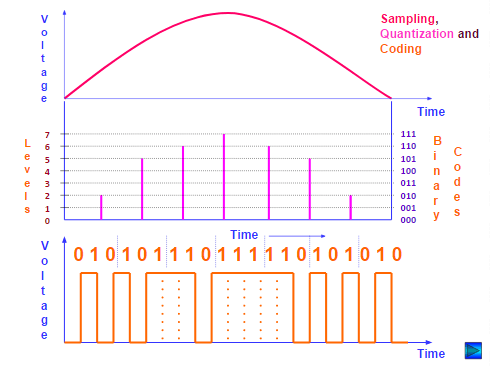