A modern computer has powerful capabilities such as a fast CPU, large memory, sophisticated input-output devices, and networking support. However, it has to be instructed through the machine language(system programming), which has strings of 0s and 1s as its instructions. A typical computer user does not wish to interact with the computer at this level. The system software is a collection of programs that bridge the gap between the level at which the user wishes to interact with the computer and the level at which the computer is capable of operating where system programming is necessary. System programming forms a software layer that acts as an intermediary between the user and the computer. 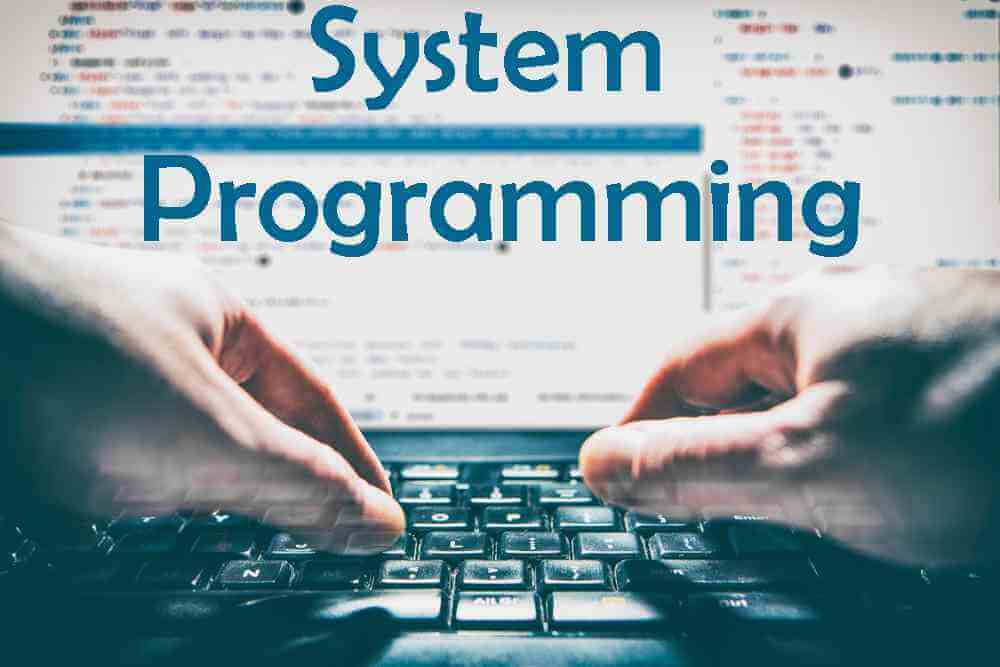 A language processor is a system programming that bridges the gap between how a user describes a computation and how a computer executes a program.

Two kinds of language processors are used to implement a user’s computation. A System programming program generator converts the specification written by the user into a program in a procedure-oriented language, whereas a compiler or interpreter helps in implementing a program written in a system programming language.

A practical arrangement of language processors

The important features of this arrangement are described below. 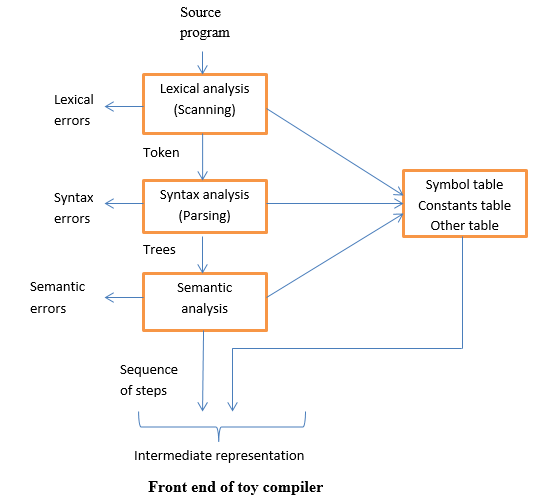 The front end of toy compiler

Fig shows how tables and intermediate system programming codes are generated and used in the front end. Scanning and parsing are technical terms for lexical analysis and syntax analysis.

The lexical analysis considers the source program as a string of characters. It identifies strings that are lexical units, classifies them into different lexical classes, eg, operators, identifiers, or constants; and enters them into relevant tables. The classification is based on the specification of the source language. For example, an integer constant is a string of digits with an optional sign, an identifier is a string of letters, digits and special symbols whose first character is a letter, whereas a reserved word is a string that has a fixed meaning in the language. It builds an intermediate code that is a sequence of intermediate units called tokens, where a token is a descriptor for a lexical unit. A token contains 2 fields- lexical class and number in the class.

The back end performs memory allocation and code generation. 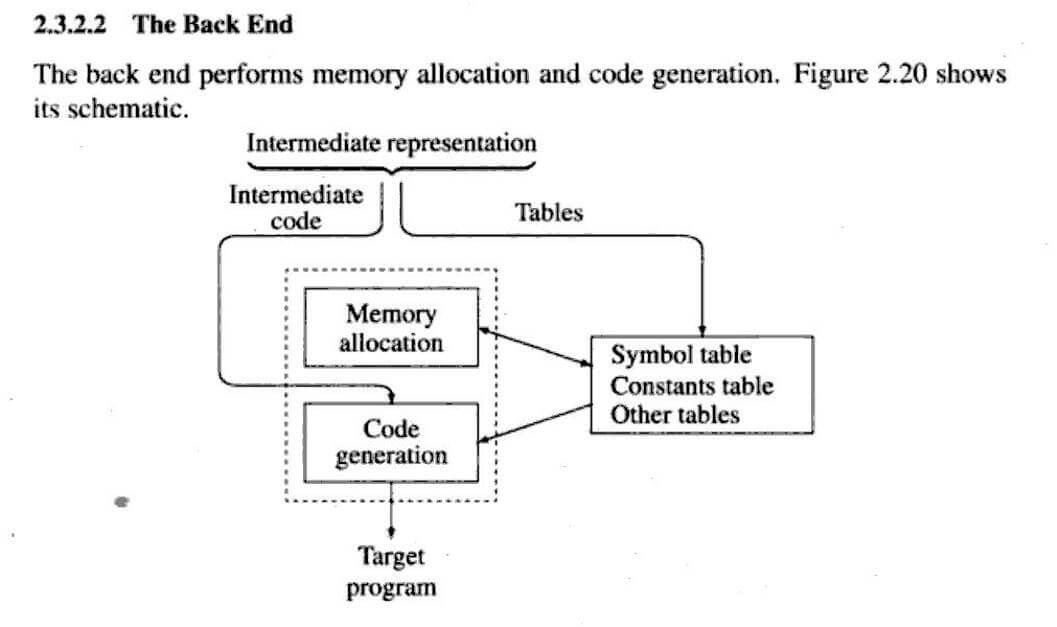 How to Become a Systems Programmer?

A Bachelor’s Degree in Computer Science or any similar and equivalent level field is usually required to become a system programmer. Similar experience or demonstrated proficiency in job-related areas like operating systems languages can make up for the bachelor’s degree.