Whereas F stands for Flash it represents the type of memory used,
In 2000, Microchip introduced the PIC18 architecture.Unlike the 17 series,with a large number of device variants presently in manufacture. In contrast to earlier devices, which were more often than not programmed in assembly, C has become the predominant development language. 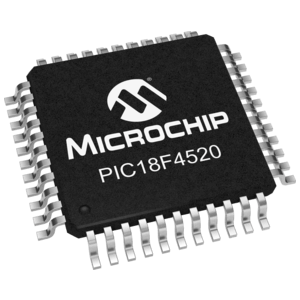 The 18 series inherits most of the features and instructions of the 17 series while adding a number of important new features:
PIC18 uses flash memory so that a data can be saved and erased number of times as per user requirement, not only this the battery used is used to give the clock to the device.

8051- if u want a cheap controller with basic functions then 8051 will suffice . It will be of great use in your low-cost college projects.

8051 and PIC have limited stack space – limited to 128 bytes for the 8051, and as little as 8 words or less for PIC. Writing a C compiler for these architectures must have been challenging, and compiler choice is limited.

4)PIC can be used as Timers, counters

5)We can design a calculator using PIC

Check out how to use PIC microcontroller using PICKit 3 or Proteus.

You can also learn how to configure DSP Processor.Check out Complete Interview Guide For BE